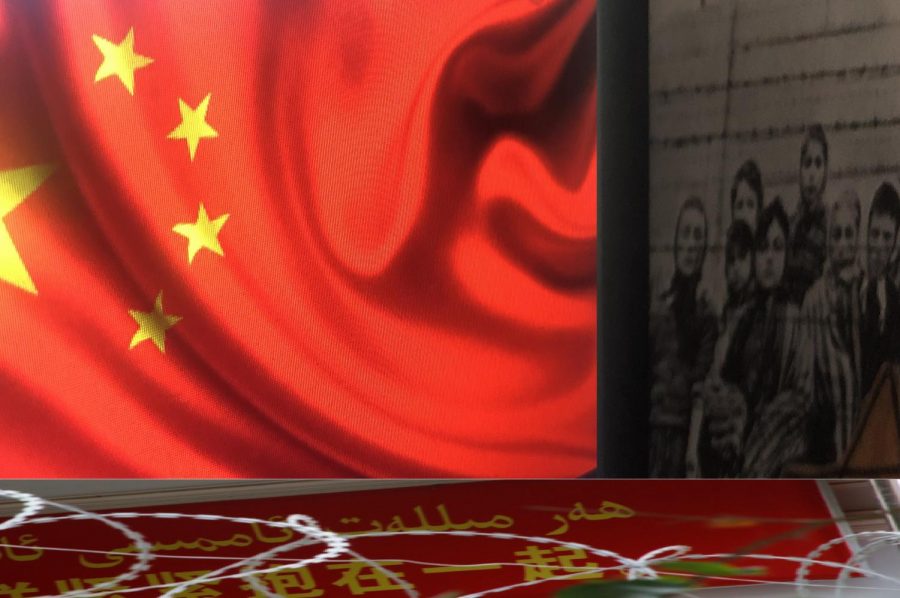 STANWICH ROAD/REMOTE SUMMER- Western consumers have almost all purchased an iPhone, bought Nike shoes, watched an NBA game, or shopped at large fast fashion retailers. At a time of profound reflection by corporations, institutions and individuals about their role in social change, it might be startling to know that several of our most common companies are suspected of having supply chains tainted by Uighur forced labor in Xinjiang, a north-western region of China.

And consumers are helping this below-the-radar story continue.

Reports ranging from the U.S. Congress to the non-partisan Australian Strategic Policy Institute (ASPI) have found that thousands of Uighurs, a Chinese, typically Muslim minority of about 11 million, have been transferred to commonly known forced work factories.  These manufacturing facilities have been linked to 80 high-profile brands, including Nike, Apple, Gap, Adidas, and H&M, among others, according the media outlets from the BBC to Forbes.

The Uighurs speak several dialectics, influenced by Mandarin on the one hand and Russian on the other, the latter mostly stemming from neighboring Kazakhstan.  Recent drone footage smuggled from China of blindfolded and handcuffed people being transported by train evoked comparisons to Nazi concentration camps, Soviet gulags, and other genocidal icons of recent history.

China is reported to have rounded up more than 1 million Uighurs in detainment camps in Xinjiang, echoing the labor and death camps of history books, and describing their programs as “education, job training and responding to risks of extremism,” according to Chinese state-run media.  Those who aren’t imprisoned are subject to enhanced government surveillance, phone monitoring and facial recognition, even more so than in other Chinese provinces. Uighurs, along with Tibetans, Falun Gong, and Christians have long been targeted by the Chinese Communist Party (CCP) to “re-educate them so that they may return to normal life.” The Communist party is the only legal party and the path towards political or institutional success in China.  It is also de facto religious in the absence of a freedom of worship and lock-step expectations of the government.

Ethnic and religious minorities have historically been targeted in communist China.  Western and free market companies commonly issue human rights and social justice statements closer to home, seen recently in this country during weeks of protests, but not as a moral matter. A recent controversy in which the NBA sided with China’s government and their 1 billion consumers of NBA products over human rights abuses in Hong Kong and Xinjiang all the while professing outrage at social problems close to home has been the prime example of this tension.  As recently as last week, coaches and others have suggested that this moral stance needs to be more consistent, according to SFGate.com who reports on the Golden State Warriors.

Like the NBA, many seem unwilling to give up cheap labor and consumers.

“Businesses and consumers have a strong incentive to ignore what’s happening,” said Dr. Cullen in an email interview.  He explained that this is “not only in terms of cheap labor and cheap products, but also avoiding a confrontation with a rising world power. It’s shaping up as a powerful moral dilemma.”

Dr. Cullen is also frank about the impact and significance of China’s oppression and Western reaction.

“I suspect this will become one of the significant stories of our time. Not simply that it’s happening, but that there has been so little international attention or commentary on this.”

China defends its’ practices of holding Uighurs in reeducation camps, claiming that Uighurs hold extremist views that could lead to terrorism, pointing to attacks in 2013 and 2014.

“As a Chinese citizen, I definitely agree that there was Muslim mistreatment in China,” Olivia Hu, rising Senior, said in an email interview.  “I’m not refuting that my country has done some really bad things that need to change. However, understanding the whole situation from different perspectives is even more important.”

Olivia discussed the information she has gathered on Uighurs, partly at least from state-run media.  “Not all of them are Muslim. Some of them have Russian heritage,” she said emphasizing that there are multiple sides to the security argument.

While the Chinese government maintains that these are morally and legally justified movements of people, arguably to combat extremism, several Uighur ex-inmates have said otherwise.

Uighur businesswoman Gulbakhar Jalilova spoke of her experience while she was detained in Xinjiang in May 2017 to several media outlets.  Ms. Jalilova “never saw a single classroom” while detained, according to press reports, and the education claims of being taught vocational skills are “complete lies.” China did not acknowledge the existence of these camps until images emerged of camp construction with barbed wires and watchtowers.

While detained she witnessed her fellow roommates put to sleep with lethal injections, she told The Epoch Times in 2018.  According to witness reports like this and work done by Chinese scholar and German anthropologist Adrian Zenz claims that Uighur women living in China threatened with internment if they do not practice birth control at the command of the government.

This month, President Trump signed a bill which was unanimous in the Senate, a rare feat in an election year and time of hyper-partisanship,  sanctioning Chinese officials responsible for the repression of Uighurs.  U.S. Customs and Border Protection also seized $800,000 worth of forced-labor hair products from China in mid-July, according to CNN.

Dr. Cullen thinks there are ways to bring pressure on China and even benefit U.S. labor, but it comes at a cost to American and Western consumers.

“This could be one place where it would make sense to bring jobs back home, though in the short run it will pose challenges and is likely to cause resistance.”

Maia Somma is a rising 9th Grader who enjoys history, culture, and world affairs.  This article was written for the summer Journalism Lab practicum.